A Christian holiday honoring the birth of Jesus Christ, Christmas evolved over two millennia into a worldwide religious and secular celebration, incorporating many pre-Christian, pagan traditions into the festivities along the way. Today, Christmas is a time for family and friends to get together and exchange gifts.

History of the holiday

The first time the birth of Jesus Christ was attributed to the date December 25 was in the 4th century, according to early Roman history. Early celebrations of Christmas are thought to have derived from Roman and other European festivals that marked the end of the harvest, and the winter solstice.

Some customs from those celebrations that have endured include decorating homes with greenery, giving gifts, singing songs, and eating special foods.

The holiday developed further with the legend of St. Nicholas. Although much of his history is unconfirmed, the man who became St. Nicholas lived in the 4th century and is believed to have been a bishop in Asia Minor.

Many miracles attributed to him are dubious at best. Nevertheless, some countries named him their patron saint. He also is considered the patron saint of, among others, children (for protecting them), sailors (whom he reputedly saved at sea), and the poor (to whom he generously gave gifts).

In his honor, the Feast of St. Nicholas was marked on December 6 and gifts given the night before. The tradition was well established in many European countries by the 12th century. Eventually, because St. Nicholas' Day and Christmas Day are so close together, their traditions generally were combined.

St. Nicholas took on different personas in different countries. For example, The Netherlands have Sinter Klaas; Father Christmas gives gifts in Great Britain; Père Noël does the same in France; and in Germany St. Nicholas has had many names including Klaasbuur, Burklaas, Rauklas, Bullerklaas, and Sunnercla, although Father Christmas is becoming more popular. In the United States, the Dutch settlers' Sinter Klaas evolved into Santa Claus. 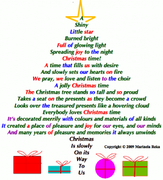 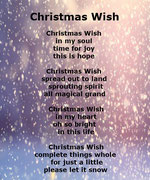 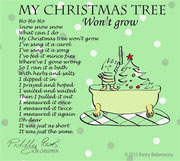 You can do it, too! Sign up for free now at https://www.jimdo.com